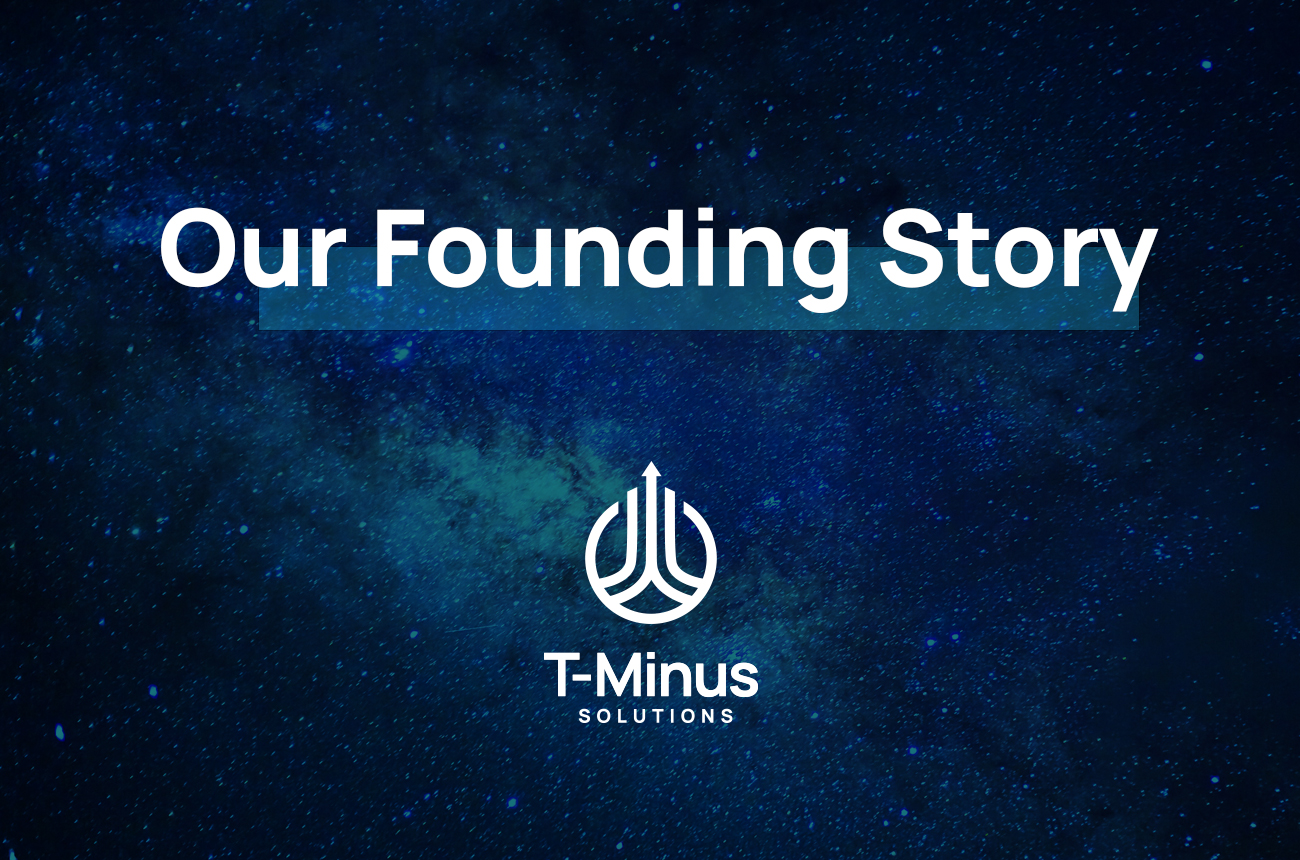 A marvel it can be to look into a dark sky full of stars.

The longer you stare, the more engulfed you become as constellations compound one another. You're left to wonder, "What does it all mean?" Our T-Minus founder, Craig Ceccanti, took a trip many moons ago to visit his grandmother in Florida. Unable to see it then, that pitstop would forever change the course of his life. Craig walked into a computer store with his Nana and together they left with what would become his very first computer. A short time later, Craig was reconfiguring that magical machine to "make it work better", later learning that he was "freeing up RAM".

Throughout school, the now serial entrepreneur played an unorthodox persona as both the computer programming nerd and a pivotal sports athlete. As the stars glittered on and the days continued to turn over, Craig became a college graduate, double-majoring in Computer Science and Information Systems and Decision Sciences. With competition in his veins, the entrepreneur found himself in Houston, Texas capturing an MBA at Rice University.

We sat our founder down to ask him the question, "What does it all mean? Why create T-Minus now?"

We learned, similar to outer space, things that happen lightyears past materialize to impact a moment now six inches in front of our eyes. Craig's past experiences led him, and our team to this moment today. His constellation of experiences carried forward a single notion as it relates to business; When the countdown is over, what do you have to show for it? From landing a consulting job after grad school to starting and selling a multi-million dollar franchise operation with 140+ locations, Craig is paying it forward. He left our team in a quiet trance as he pointed out the impact of technology, software, coding, on businesses everyday. He spoke to flaws in "the system", and delivered passion in the mission of T-Minus Solutions. "As an employee, a founder, a DIY coder, imagine having to relearn your craft every few years because technology changes so much. Think for a moment just how resilient a software engineer has to be, educated for the time at hand, able to think five years back and five forward to build the best piece of infrastructure for a business, be it your own or a client's." Craig mentioned a startup he was introduced to and ultimately stood in as CTO for, sEATz a mobile ordering and delivery app for patrons of sporting +/- entertainment events. A pattern emerged from his experiences, predictably building software that optimizes for efficiency, provides real value to a business and its own customers or services and isn't puffed with unnecessary costs that high-profile agencies tend to require. His time with sEATz provided the nail to the coffin as he witnessed three software engineering scenarios side by side; "I'm doing it myself", "I have a few freelancers on call", and "I'm outsourcing some intense bits to a high-profile agency".

He came to understand first hand that startups, entrepreneurs, and many mid-market companies are underserved and disregarded when it comes to their business needs for software engineering and moved to consider "how to do it better", just like he figured out how to make that computer many moons ago run faster with more optimized RAM. A short time past his tenure with sEATz, Craig had an afternoon with his young son that burned to memory, watching an old NASA shuttle launch. His epiphany for T-Minus came as the countdown started on the video.

Craig mused over the idea that dozens, maybe even hundreds of teams have to be in perfect synchronization for days, weeks, years before the countdown, storming, addressing, correcting, testing, and finally launching. As he'd seen, so many things can go wrong, but "oh, what if they go right?" It was time to make what didn't exist. T-Minus exists as an answer to fill a void in the software market. To the startup, the entrepreneur, the mid-market company who is getting to the next level by way of software, we are here to stand in as your CTO, strategize, project manage and ultimately deliver your project to a successful launch.

“There is freedom waiting for you,
On the breezes of the sky,
And you ask "What if I fall?"
Oh but my darling,
What if you fly?”
― Erin Hanson 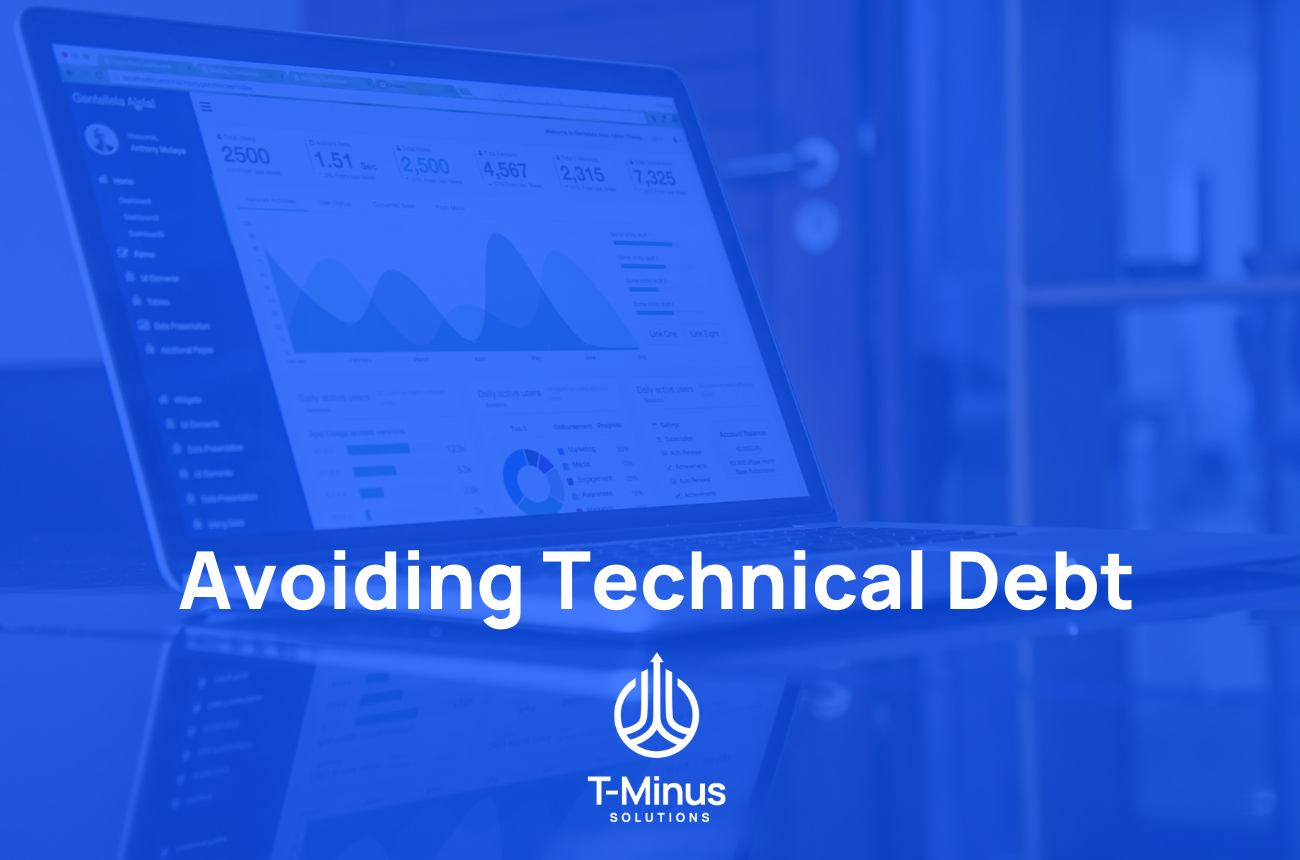 The result of prioritizing speedy delivery over fixing the issue with critical advancements only harms your business in the long run. Keeping your technology stack aligned with your company growth will take more than quick fixes. Explore the strategy practices your business needs to keep your business operation running at a fully optimized level.
Read More 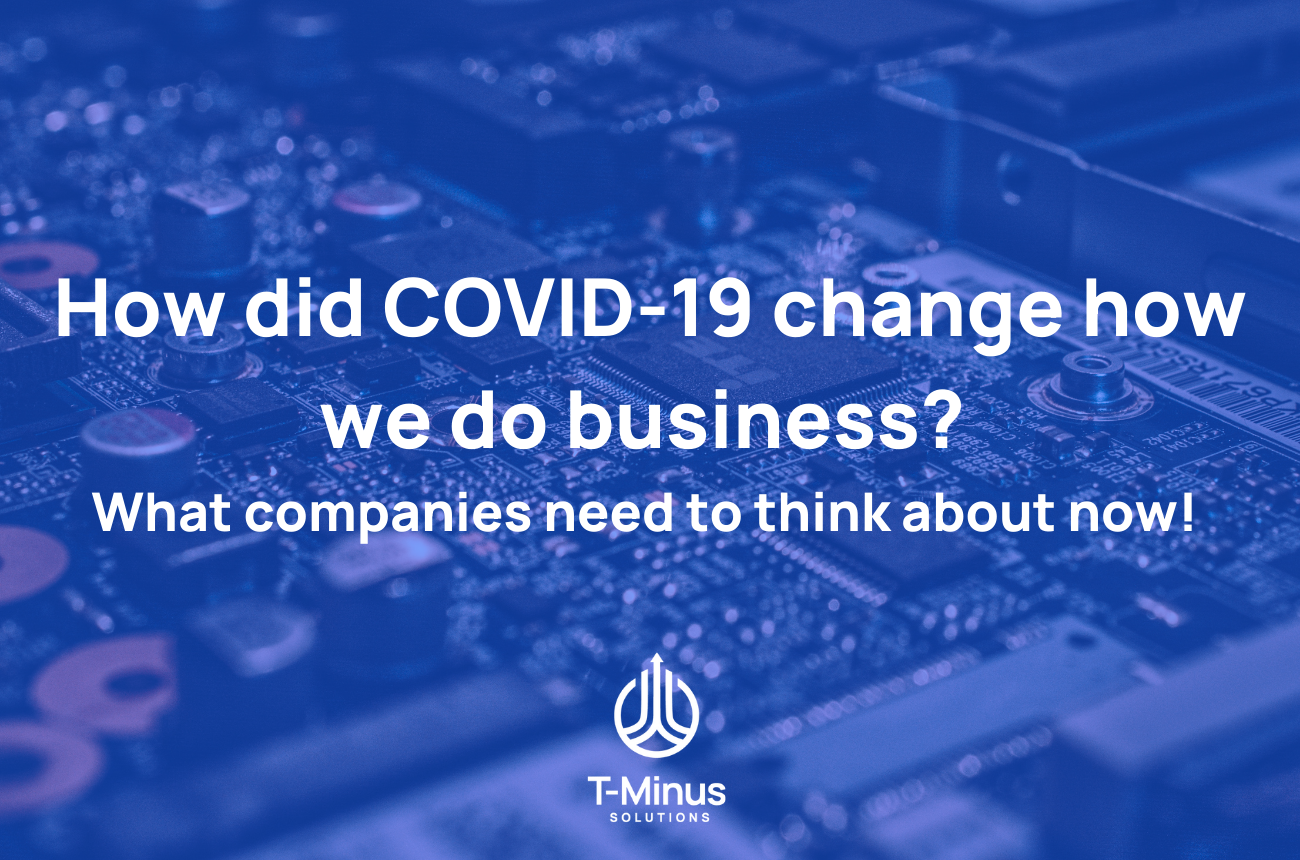 How did COVID-19 change how we do business? What companies need to think about now!

Many looked at the technological changes due to COVID-19 as a temporary solution to help keep their business upright in the moment of uncertainty. However, how can businesses incorporate the temporary solutions to make a permanent or advanced solution for continued business success?
Read More 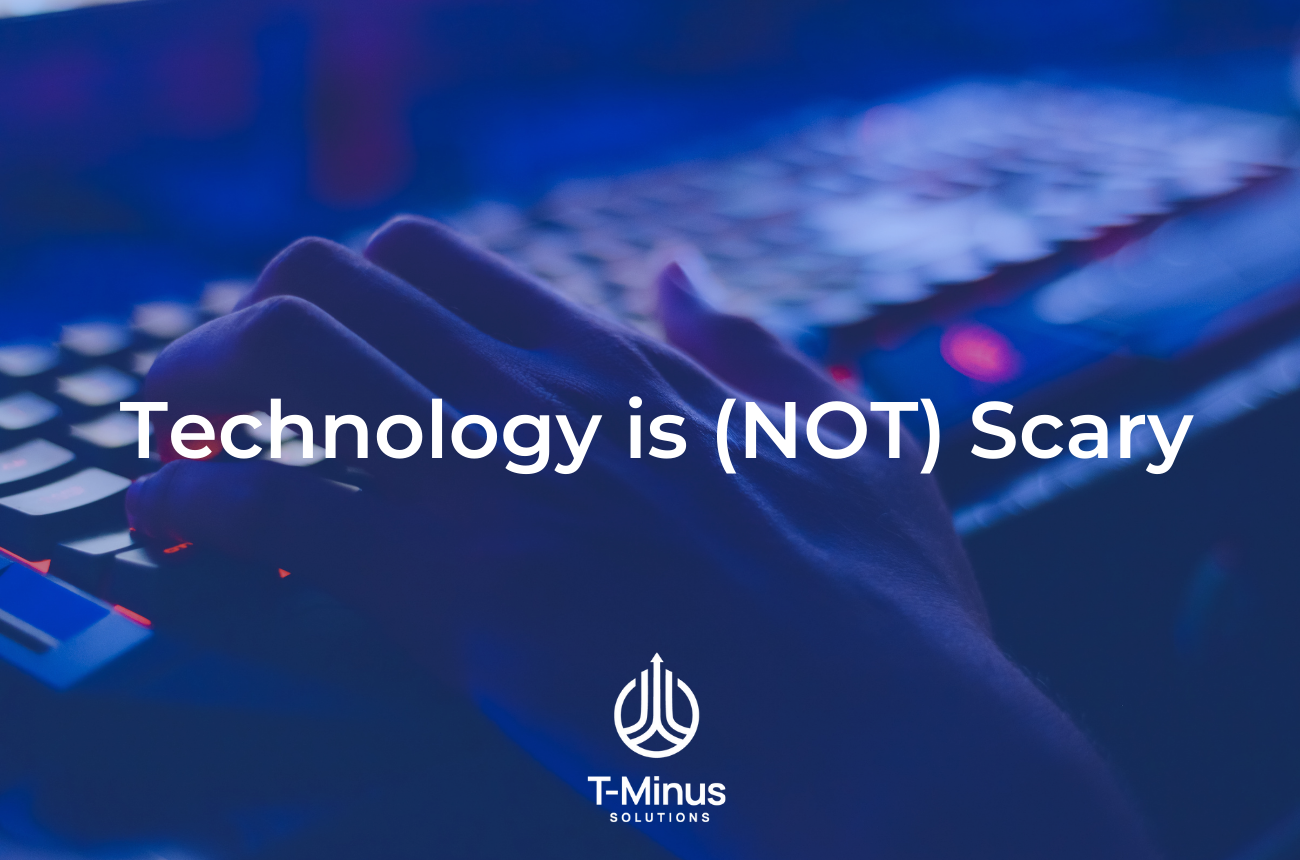 Technology is (NOT) Scary

In general, most people are scared to try new things or wary of wandering into the land of unfamiliar things. However, without the “risk” of trying something or creating something new, today’s world as we know it would not be. So, why are you letting fright hold you back from creating the next significant software that will change your industry forever?
Read More